“Laser” is an acronym for light amplification by stimulated emission of radiation. A laser is created when the electrons in atoms in special glasses, crystals, or gases absorb energy from an electrical current or another laser and become “excited.” The excited electrons move from a lower-energy orbit to a higher-energy orbit around the atom’s nucleus. When they return to their normal or “ground” state, the electrons emit photons (particles of light).

These photons are all at the same wavelength and are “coherent,” meaning the crests and troughs of the light waves are all in lockstep. In contrast, ordinary visible light comprises multiple wavelengths and is not coherent.

Laser light is different from normal light in other ways as well. First, its light contains only one wavelength (one specific color). The particular wavelength of light is determined by the amount of energy released when the excited electron drops to a lower orbit. Second, laser light is directional. Whereas a laser generates a very tight beam, a flashlight produces light that is diffuse. Because laser light is coherent, it stays focused for vast distances, even to the moon and back.

At the moment, there are two popular classification systems, the old version used before 2002, and a “new version” that is part of the revised IEC 60825 standard and ANSI Z136.1 standard. Since 2007, the new version has been accepted by the FDA for importing lasers into the United States. 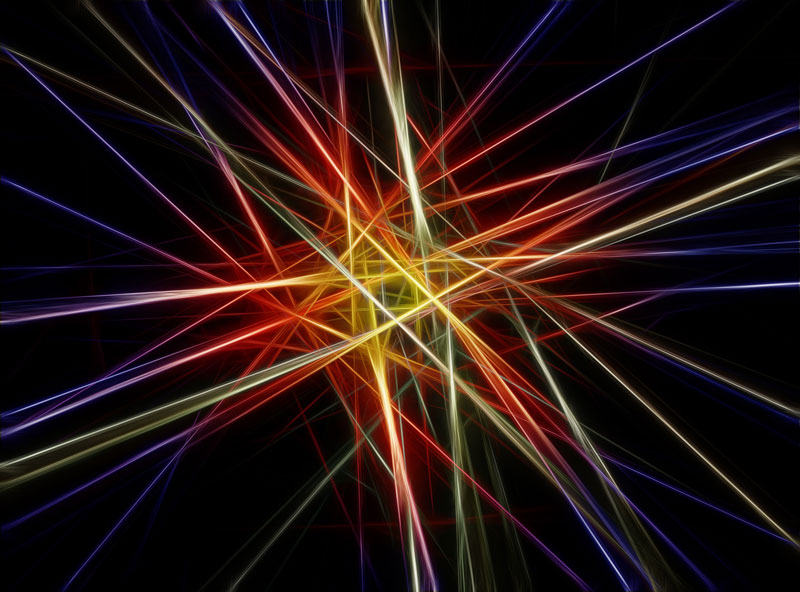 *If a visible laser beam in darkness is required for your application, we suggest purchasing green or blue laser in a respectable power range. Please note that the beam of a 5mW violet or red laser is not visible in darkness.

What to look for at CooLaserPointers.com